How compensation, workforce, and benefits have changed since the COVID-19 outbreak as of April 2020.

Overall, across all industries, 6.6% of organizations are increasing compensation, 49.7% are continuing as planned, 10.5% are freezing pay, and 14.8% are reducing compensation.

…ERI is a tremendous resource for wage analysis, cost of living, cost of labor, and relocation data for our employees… I have examined other tools offered by your competitors and I have found that I have complete confidence in ERI’s methodology, and, with that confidence, I am able to present data to my upper management, which they also have confidence in as well. 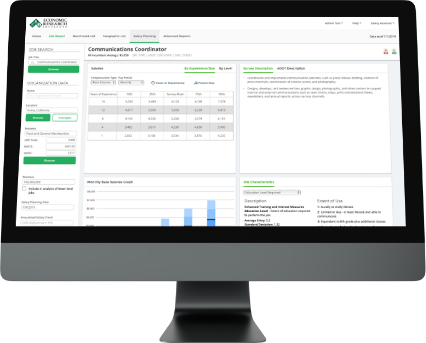 Industries
About ERI
Who is ERI?

ERI Economic Research Institute was founded over 30 years ago to provide compensation applications for private and public organizations. Subscribers include corporate compensation, relocation, human resources, and other professionals, as well as independent consultants and counselors, and US and Canadian public sector administrators (including military, law enforcement, city/county, state/provincial, and federal government pay administrators).

What does ERI do?

Data are gathered from 3 sources: surveys we conduct, surveys purchased from other organizations, and reports from publicly traded organizations.

ERI conducts advanced analytics to accurately capture the full scope of an occupation and how it exists in the economy.

After compiling the data, we conduct QA to ensure data are of the highest quality.

ERI analysts double-check the results for each job every quarter. 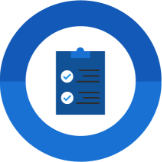 Data are gathered from 3 sources: surveys we conduct, surveys purchased from other organizations, and reports from publicly traded organizations. 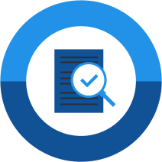 After compiling the data, we conduct QA to ensure data are of the highest quality. 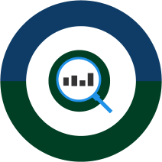 ERI conducts advanced analytics to accurately capture the full scope of an occupation and how it exists in the economy. 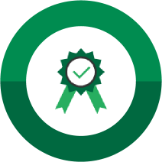 ERI analysts double-check the results for each job every quarter. 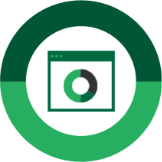 Frequently Asked Questions
What exactly does ERI do? What is the value of ERI’s products to me?

What exactly does ERI do? What is the value of ERI’s products to me?

ERI has an extensive talent pool, with specialties in areas such as statistics, mathematics, software development, and global total rewards management, to design and provide best-in-class interactive software, updated quarterly, with consensus results from the most reliable survey sources.

ERI maintains several databases, tracking wage and salary information (as well as cost of living information) for the United States, Canada, the United Kingdom, Europe, and other countries around the world. Data for each country is maintained separately.

ERI’s Assessor Series® captures and combines the strengths of the Internet and over 30 years of research to provide instantaneous answers to your most pressing compensation questions.

ERI’s goal is to be your organization’s compensation research outsource. You can duplicate ERI’s calculations if you want to spend the time and resources required to collect, compile, and analyze the thousands of data points that comprise any one city’s wage and salary rates, as well as cost of living levels. However, subscribers can now spend this time and these resources administering pay and performing the many other duties demanded by today’s Human Resource positions.

ERI researchers save you time and money!

×
How does your data compare with other firms that provide cost of living or wage and salary data?

How does your data compare with other firms that provide cost of living or wage and salary data?

ERI’s research analysts know of no other single source that offers both wage/salary information and cost of living information.
For cost of living data, due to the continued use of data collection techniques of the 1940s, our competitors have to charge more for one report than ERI charges for an annual subscription to the Relocation Assessor® software and databases. ERI collects cost of living data more efficiently and inexpensively, and passes those savings on to subscribers.

For salary and wage data, you could purchase individual survey sources and conduct an in-house analysis of those sources, or you could purchase compiled wage data from a third-party supplier via a hardcopy report or Internet download. However, ERI offers advantages over both these options.

Purchasing one of our competitors’ surveys is almost always more expensive; one survey can cost as much as an annual subscription to an Assessor Series application that allows for an unlimited number of analyses. Our competitors’ individual surveys profile only a fraction of the data available for any given position or area, and they report neither the large number of job titles included in ERI’s databases, nor adjustments for the number of industries and areas available to
Assessor Series subscribers.

Purchasing compiled wage data from a third-party supplier also has its drawbacks. Quite often these third-party suppliers require an annual or multi-year contract. ERI’s Assessor Series offers the advantages of more wage data and more features at a fraction of the cost.
As a research firm (engaged in research, not marketing/sales), ERI has been collecting and analyzing data from thousands of salary surveys for over 30 years. Most of the third-party suppliers on the Internet have only been in business for a few years. ERI’s new executive compensation survey is the largest compensation survey in history.
ERI’s approach to evaluating survey data for validity, as well as the analyses we use to compile data, also differ from our competitors. ERI utilizes a completely different set of position titles, position descriptions, geographic areas, industries, and even types of company/organization size when compared to other companies. The detailed way in which we report data varies greatly from our competitors.

×
What is the difference between cost of living and geographic wage differentials?

What is the difference between cost of living and geographic wage differentials?

Wage and salary differentials reflect the local demand for and supply of labor.

Cost of living is dictated by the local demand for and supply of goods and services. Local wages and salaries do not indicate the local cost of living. Cost of living indicates the comparable local buying power for any given salary.

While employees may find it more desirable for their pay to be adjusted for local cost of living variances, this is an unusual practice. In many cases, this practice is not cost effective for the employer. That is, in many cases the employer would be competing against organizations with relatively lower compensation costs, and thus, be at a competitive disadvantage.

In most cases, cost of living is considered only when an employee incurs new expenses due to an “internal” move, from one branch office to another. In this situation, the new salary would be set according to the destination market (local wage and salary level). Then, any cost of living allowance would be awarded separately from salary and for a finite period of time.

A random telephone survey by ERI’s Director found that only 2% of ERI subscribers pay “the same for all jobs nationally, but vary levels by the cost of living.” All other surveyed subscribers stated that they ignore cost of living and concentrate on supply and demand/local market pricing to administer geographic pay differentials.

×
Which companies use ERI data?

Which companies use ERI data?

A number of voluntary subscriber disclosures about reliance on ERI data are cited in customer testimonials and corporate proxies and periodically appear in other authorized releases or public declarations. ERI does not release listings of the names of its subscribers.

A complete listing or count of all users for over 30 years would be problematic since users might not reveal their identities to ERI, entities change names, and current subscriber populations are constantly increasing. In general, ERI’s research database subscriptions are available to management, analysts and consultants and are now widely used by client organizations (thousands of corporate and consulting subscribers).

Subscribers include corporate compensation, relocation, human resources, and other professionals, as well as independent consultants and counselors, and US and Canadian public sector administrators (including military, law enforcement, city/county, state/provincial, and federal government pay administrators). With the introduction of the Occupational Assessor (eDOT), vocational rehabilitation counselors, forensic economists, immigration attorneys and a host of other niche professionals are now joining as subscribers.

For those interested in nonprofits, the Nonprofit Comparables Assessor (CA) is the definitive and comprehensive census of nonprofit executive pay used by IRS, charities, foundations and their consultants. ERI analyses are not available to the general public.

×
Does ERI provide salaries for interns?

Does ERI provide salaries for interns?

ERI only reports rates from surveys. Internships, being typically temporary or seasonal work, tend not to be covered by surveys of competitive pay because their rates are set internally, usually at levels just below the lowest level for the full-time equivalent jobs they fit.
ERI recommends you pay interns around the 10th or 15th percentiles for first-year incumbents of the positions they fill. This assures these trainees do not make more than current full-time incumbents of comparable jobs.

Another option is to compare notes with other local employers in your industry, because intern rates tend to be extremely localized and customized to specific industries. Trading with rivals will assure that interns are paid comparably across organizations.

×
How soon can I be using your software?

How soon can I be using your software?

You can be using the software in just a few minutes. A credit card purchase permits immediate access to the dataset. If you prefer to pay from an invoice or by check, please call our Subscriber Services at 800.627.3697 (US/Canada).

Schedule Time With A Representative

Want a demonstration of our products?

Schedule time with a representative, and we will walk you through our products.

Have questions or Need Help?

We’ll answer your questions and demonstrate our products. Our team will be in touch soon.